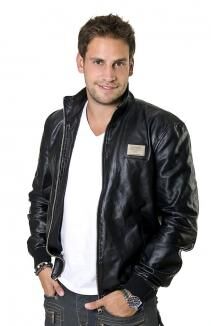 Gorgeous Geordie Greg is a real ladies man who has no problem attracting the opposite sex with his killer good looks. As he has more than his fair share of admirers, for Greg it’s about quality and not quantity so not all lasses make it into his phone book. Always up for a good time, Greg spends up to five night’s a week out on the Toon and isn’t afraid to splash the cash. When he’s not living the high-life partying with players from his beloved Newcastle Football Club, Greg earns his trade as a heating engineer and plumber. He doesn’t mind putting in the hours if it means he can have the finer things in life - he even sold his bachelor pad to give him extra cash to spend on nights out with the lads. Greg now lives in a shared flat which he keeps immaculately tidy. His prized possessions are his wardrobe of expensive clothes and his black BMW complete with personalised number plate, which is always real hit with the ladies. Greg hits the gym four times a week and drinks protein shakes to help build his muscle, but would never bulk up too much because he hates the over-the-top “fat neck” look. He eats all his meals out including breakfast as he hates to cook. Greg is also a staunch non-smoker and says he’d never kiss a girl who’s just been puffing on a fag, but would still bed her. Greg hates scroungers and people who can’t look after themselves. He says he also wouldn’t be seen dead in a pound shop. Greg confesses he likes his girls with a deep tan, dark features and big boobs.

Community content is available under CC-BY-SA unless otherwise noted.
Advertisement